Editing is letting go of even some of the good ones. Separation is strange. I've been with the same, wonderful man since I was 19 years old. At 39 he decided that I needed to stretch my wings for reals.

I'm moving next weekend to a tiny one bedroom apartment in the museum district. I've never known bachelorhood and hoped I never would, but alas, here I am taping up boxes and ruthlessly editing out books I want to keep and books that need to find a new home. Special books I'm giving away. Chicano studies books and liberal political books will go to Sedition Books. Vegetarian cook books to the ex (I'm not a vegetarian, never have been, and god give me strength I never will). The rest to charity since I don't want to waste Half Price Books' time.

What's left are books on: photography, architecture, film, rock and roll, boxing, dictionaries, my Stanislaw Lems, my Borgeses, Treasure of The Sierra Madre and the Jim Thompson book Henderson gave me for Christmas. I'm also toting the Richard Meltzer books my treasured friend and film buff KB lent me including the hilarious little tome he co-authored with Nick Tocshes called Frankie Part I.

Speaking of KB, and-for-the-record, I'd like to correct my last Weegee blog (you knew I had to slip him in, right? Right.) which incorrectly stated that "Naked City" was his only photography book. KB proved me wrong by lending me "Weegee's People", 2nd printing on DaCapo originally put out in 1946. It's novel-thick with low quality images on every single page and short captions that tell a story of a city. I'm quite shocked at how similar my own zine is to it. In fact, first thing I'll do after I move is put out the third edition. If I can get five or ten zines done soon, I'll look for funding to put out a compendium, similar to his. 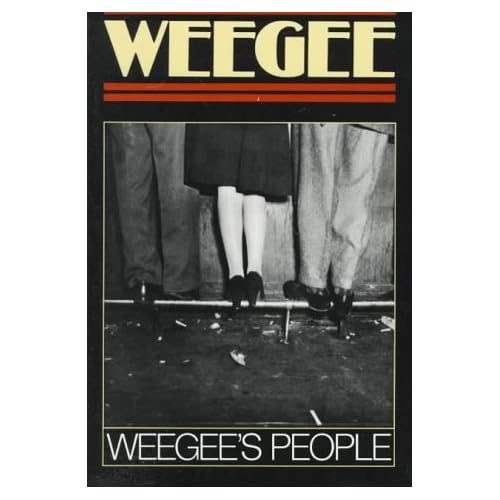