xxRadioxx tonight: We've come for your children (if that's cool with you)...

TONIGHT! Music for brats by DJs that only a mother could love. So NYAH! if you don't like it!

Special guest during Scott's shift will be Left of the Dial writer David Ensminger, who will fill you in on all the details of the AK47 Show he organized for the 1st. And I'll be starting the set off with a rare spinning of the 70s powerpop band The Hounds, fronted by my favorite film critic Steve Simels (formerly the music critic of the magazine formerly known as Stereo Review) who provided me with the disc. Word on the street is that all the boys in the band will be listening which means we might have more than one listener (thanks, ma)!!!. Are you listening Nielsen Ratings?!?! 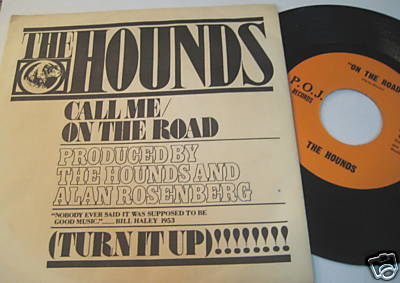 10pm : On Top of Young Burton all covered with cheese..
11pm : Great big gobs of greasy, grimy, gopher Butts...
Midnight : The old lady who lived in a shoe...